All About Dubrovnik Cruise Port 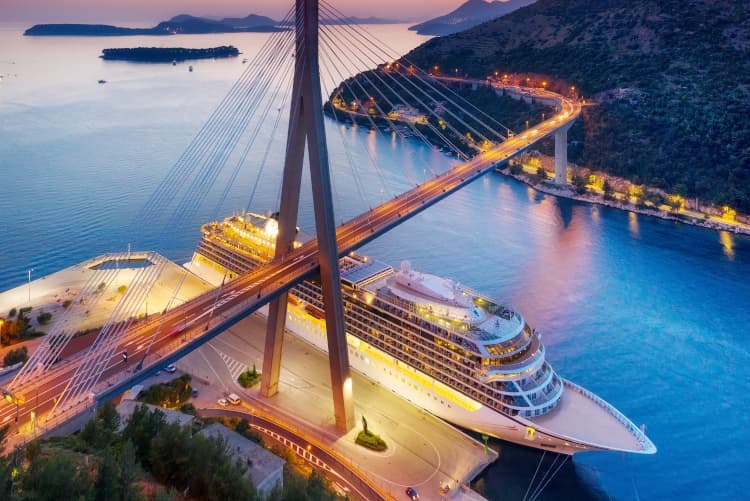 The Croatian city of Dubrovnik is one of the most popular cruise attractions in both the Mediterranean and the world.

Many big cruise liners such as Holland America Line, Royal Caribbean, Celebrity Cruises, MSC Cruises, and many more bring many passengers to the Dubrovnik cruise port each year.

In 2018, 440 cruise ships made it to the port, carrying around 750,000 passengers. That made the Dubrovnik cruise port the third most active one in the Mediterranean Sea and the tenth in the whole world.

Over the years, the Dubrovnik cruise port has become a household name in the Eastern Mediterranean, on par with the greatest cruise stops such as Venice, Athens, and Greek Isles.

The experience of being on a cruise ship on your way to Dubrovnik is a priceless one in itself. In case you haven’t made any accommodations before getting on the ship, then worry not! Because you’ll be met a plethora of apartments and rooms just a few minutes from the port, alongside two great hotels: Hotel Petka and Hotel Berkeley.

Is Dubrovnik a Tender Port?

There are two possible docking spots for a cruise ship in Dubrovnik.

One, it’ll anchor just in front of the Old Town, next to Lokrum island. In this case, a tender boat will take you to the old harbor, which is a walk away from the city center. 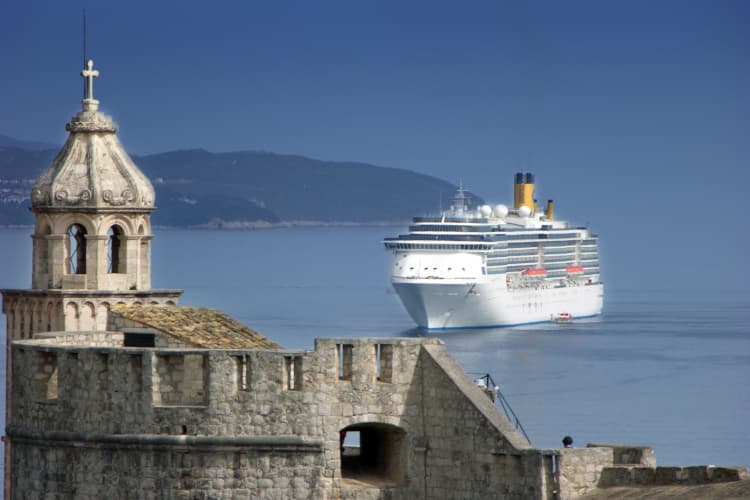 Two, if you happen to be visiting the city in the busy summer season, where sometimes up to 10 different cruise ships show up on the same day, then you’ll most likely dock in Gruz Port. Once there, a pretty quick tender boat ride will take you to the actual port, which is located 3km northwest of the Old Town. If you haven’t guessed yet, this is the least favorable outcome of the two. However, it’s not that much of an annoyance or a dealbreaker per se. 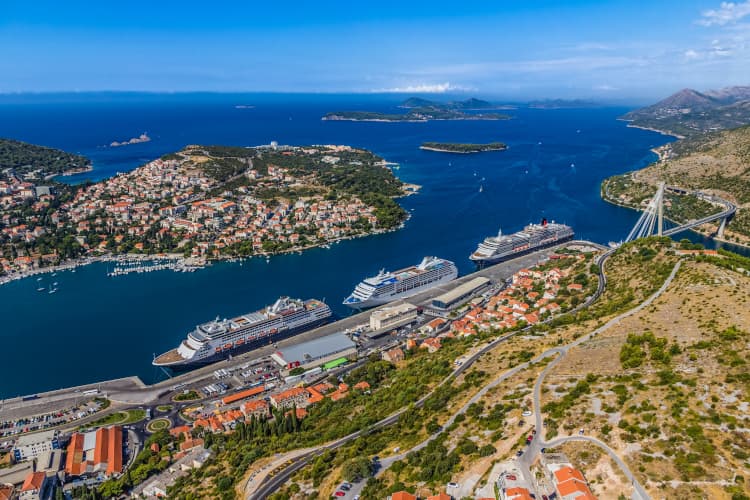 It’s really hard to predict how it’ll end up for you since it all depends on the size of the cruise ship and the traffic, amongst other things. However, as we said, it’s not that big of a difference, and it will surely not affect the amazing time that you’re going to have in Dubrovnik.

What Days Do Cruise Ships Dock in Dubrovnik?

The Cruise season usually starts in March and ends in late November, with its height generally lasting from May to October.

During this period, we might see some days where there are no cruise ships in sight. However, most of the time, we see anywhere from 100 to 9000 people descending upon the city.

The majority of the ships set anchor between 6 and 8 in the morning, but sometimes we get “late” 2 PM arrivals.

Which is more than enough to book a private sunset boat tour with someone dear to you. Book Now!

How Far Is Dubrovnik Port from Old Town?

Getting to Old Town from the Dubrovnik cruise port is pretty easy and straightforward. For one, numerous cruise companies provide 15-minute free rides from Gruz Port to the Old Town, more specifically, Pile Gate, the western entrance.

However, if your cruise company doesn’t offer any, then you’ll have to take a taxi right outside the port to Pile Gate, which will cost you around €15.

You can also take the public city buses from the main bus station, and you’re going to be looking for buses number 1, 1A, 1B, and 3. You can always look up more information about the city’s public transportation.

Things to Do Once You’re in Dubrovnik

First and foremost, stroll along the city’s walls and thank us later. You’ll be greeted with an unforgettable view of the Old Town from an elevated position and numerous great angles for taking photos.

Afterwards, get thru a hole in the city walls and find some of the best beaches in Dubrovnik.

Moreover, you can take a cable car which will take you to the top of Mt. Srdj. While this cable car ride only lasts 3 minutes, you’ll still get some incredible views of the city of the Old Town and the numerous islands that encircle the city.

We highly recommend that you take advantage of the numerous organized city tours that are usually at the offer. There are tours of the city, of the surrounding area (Konavle, Peljesac region, etc.), and sea-kayaking tours, just to mention a few.

Explore Dubrovnik with our romantic sunset boat tour. Immerse yourself in the rich history of the city. Book Now!

You should also try some of the incredibly delicious local meals that you can get your hands on in most restaurants and taverns around the city. To no one’s surprise, the food is mainly based around seafood with the inclusion of some greenery, which is supplied from the surrounding agricultural areas of the city.

Finally, it would be best if you got your hands on some of that local wine, it’s something legendary, to say the least. And of course, make sure to grab some local products such as paintings, lavender, olive oil, sweet delicacies, and more. These will help remind you of your already unforgettable visit to the city of Dubrovnik. We hope to see you there soon!